This is why we are Legends! Our NEW T Shirt Printing Tool is nearly ready... Taking your T Shirt Idea from paper to print, from your head to your threads. Make your idea a reality and then come back and let us know what you think?! We are only a call away for some tips, and to discuss your idea... T Shirt Legends

Get ready to Design your own T Shirt on Tshirtlegends.com! Pop back soon to the site to Add Text, Images and create your own T Shirt Design! Keep on revisiting to see as new options continue to be added! T Shirt Legends looks forward to seeing what you come up with! Stay Legendary.... 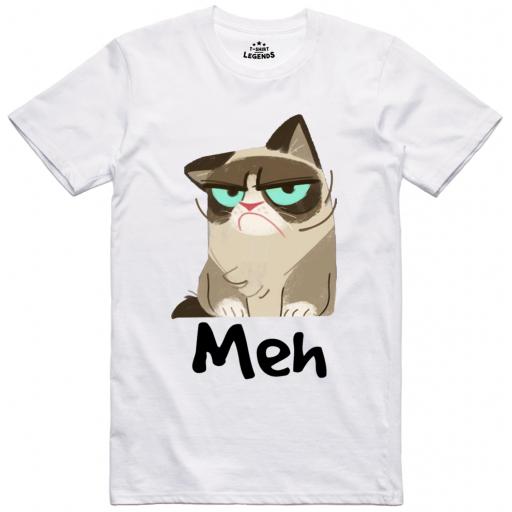 The Animals have Appeared....

Keep a look out around the T Shirt Legends site to see if your favourite Animal has been spotted! We are excited to announce Animal T Shirts for him Or her, from Unicorn tees to Cat Dad T Shirts, we will find something to make you ROAR! Cat T Shirts - Meh Our Cat isn't impressed... T Shirt Legends. 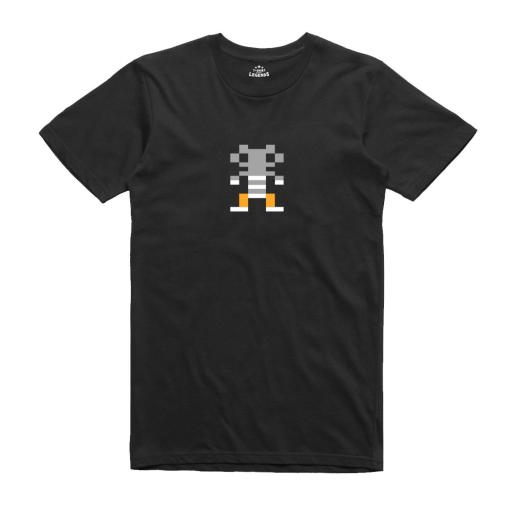 We are very happy to have to announce we now have Rockford from 8-bit gaming classic Boulder Dash.Relieve those classic days of gaming now in t-shirt form. 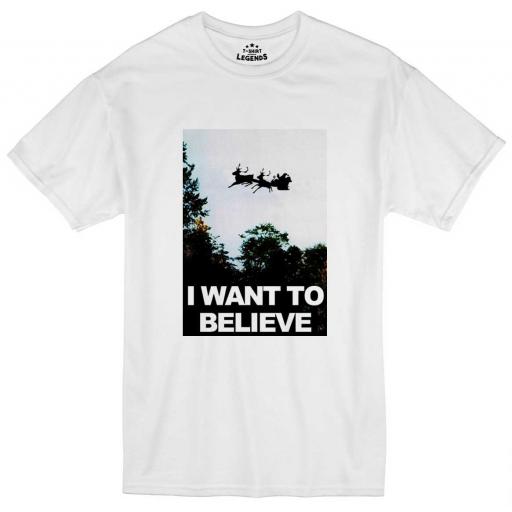 I Want To Believe T Shirt

Just added this new design for the festive season.Lets start believing in the power of Christmas again people!!Click here if you want to believe.

For all fans of D&D we have a new design now available.The Beholder is a very iconic character and has featured in many of my favorite things in such gameslike Doom to films such as Big Trouble In Little China.Availble here! 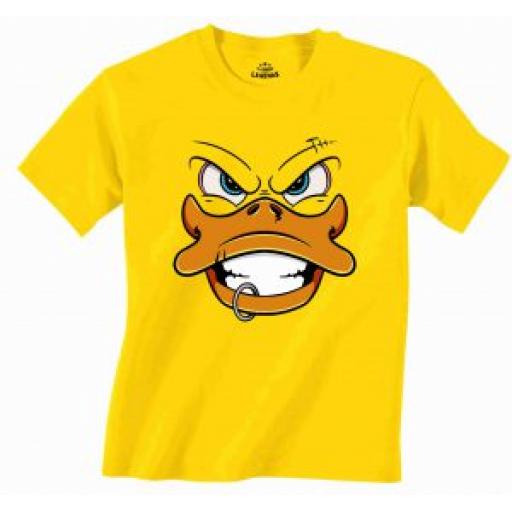 T-Shirt Of The Week

We now have new artists creating original designs that you will not find anywhere else and are exclusive to T-Shirt Legends.Every week we will be posting the latest design with this being the first of them. 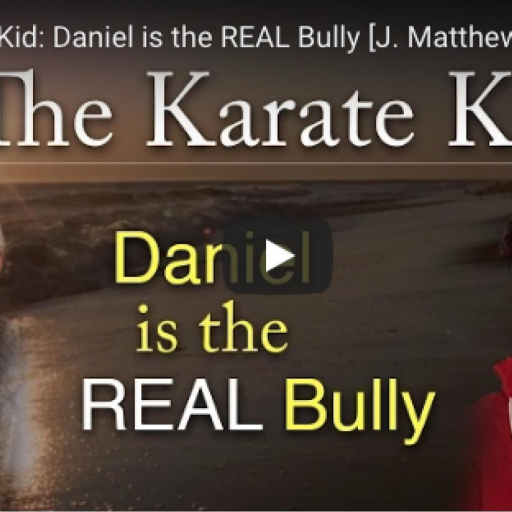 Yes it is true, the Karate Kid is back with original cast members Ralph Macchio and William Zabka in a new series which will be shown on YouTube Red.However It will not be called Karate Kid but Cobra Kai, It seems Johnny Lawrence isn’t happy with the way the first movie ended.Check out this video from the nerdist, maybe this is why Johnny is back for vengeance! 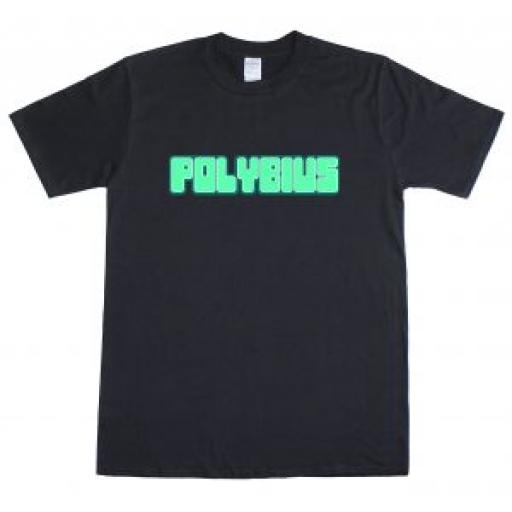 Found a cool urban legend about a fictitious arcade game that was so posed to exist called Polybuis.It is claimed that the U.S government cooked this one up in the 1980’s as some some sort of experiment on the players.Many players claimed to feel ill after playing suffering with feelings of nausea and sevear headaches.Ironically even though the game never existed you can now find games under this name which have been created and has even appeared in an episode of the Simpsons.I had to do a t-shirt to celebrate this one, if you want one just click below. 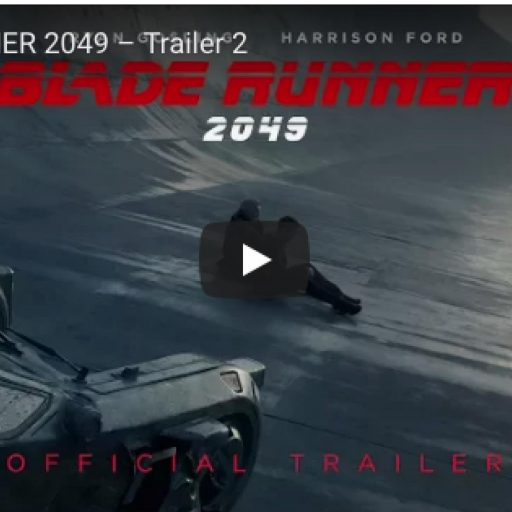 I really did not expect this, apparently Denis Villeneuve has made Blade Runner 2049 as good or if not better than the original and the film is getting extremely positive feedback from critics and movie goers alike. Wow!It is vary rare for a sequel to live up to expectations especially a film as cherished by it’s fanbase as Blade Runner which was made way back in 1982.The new film is a direct sequel set 30 years later as they did not go down the Reboot path, thank goodness.Denis Villeneuve I don’t know how you did it but thanks for making a great Blade Runner movie.Can not wait to see this one, the wait is nearly over. 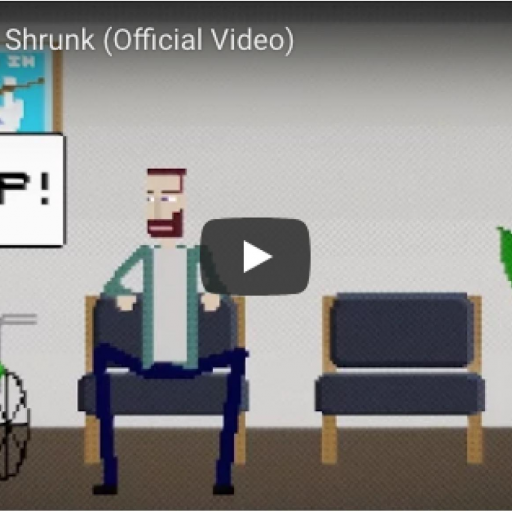 Whistle while you work.

Been listening to Aesop Rock all day while printing to keep me motivated and trying to get into work mode, this week has really dragged!

Heaven sent hell away no one sings like you anymore.

Sad to hear that Chris Cornell the front-man from Soundgarden and Audioslave has taken his own life this week.Soundgarden was one of the early pioneers and contributors in the early grunge scene but Chris also went on to have a very successful solo career and even sang “You know my name” the theme tune to the Bond movie Casino Royale.With so many great songs in his back catalogue it is hard to pick one to link too, but I think I will pick the one which he is best known for and also has an equally good video which blew me away when I first saw it.Chris Cornell (1964 – 2017)

Haven’t had any time to add any new posts lately, there is just not enough time in the day.I have a couple of spare minutes right now and thought I would add this classic from the past for anyone who remembers it.Check out surprise band who appear after Eric B and Rakim finish too.

I could not help but feel a little emotional when I saw this on my local cinema billboard,The wait is finally nearly over for all of us who want to be in a galaxy far far away again….for a couple of hours. 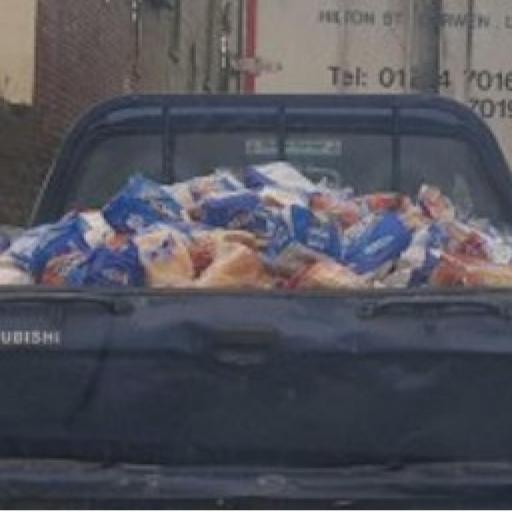 Give us our daily bread.

While driving home, I noticed that something was not quite right with the view in front of me.I know that saying ‘Man does not live on bread alone’ well who ever first said that never met this guy. You gotta be Sithin me?

Wow…. just seen this post on Reddit which has totally blown my mind, it actually argues the point very well that the bumbling fool we all love to hate Jar Jar Binks was actually a Sith Lord.Check it out here!http://www.tshirtlegends.com/blog/2015/11/03/you-gotta-be-sithin-me/www.reddit.com/r/StarWars/comments/3qvj6w/theory_jar_jar_binks_was_a_trained_force_user 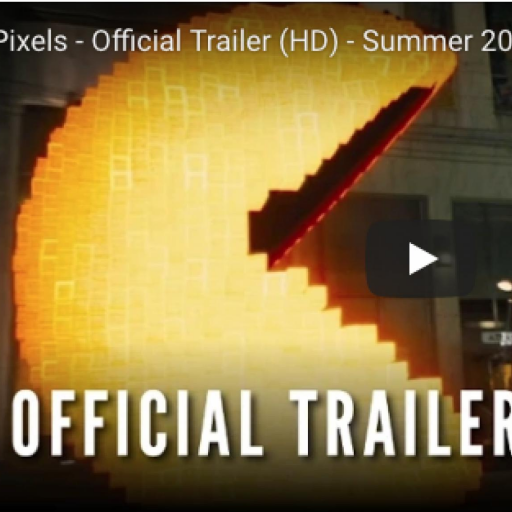 The return of Sandler?

Just seen the trailer for the new Adam Sandler movie Pixels as a retro gaming fan and also a Sandler fan I am really hoping this film will be half decent but let’s face it Adam’s career has been in a real bad place for a real long time.He has topped the the Forbes most overpaid actor in Hollywood twice in a row now and with films like Jack and Jill you can understand why. Anyway check it out below and why is there a subliminal image put in at 1.38 mins??

We were running with the night Playing in the shadows

Now that the new Blade Runner is finally in the works it reminded me of a game I played years ago on the Super Nintendo called Shadowrun.It was an action role playing but it was unlike anything at the time, it combined cyber punk elements, medieval characters, magic and of course lots of gun play.The story line was also very good and I have read somewhere that is loosely based on a Shadowrun book called “Never deal with a dragon”.It’s shame that the game was a commercial flop even though it won many game industry awards and was highly critically acclaimed, this is probably why we never saw the sequel that was mentioned on completion of the game.I know that there has been a successful kickstarter campaign that raised the funds for “Shadowrun returns” and this looks and feels very much like the original, If only I had some spare time I would love to give it a go. 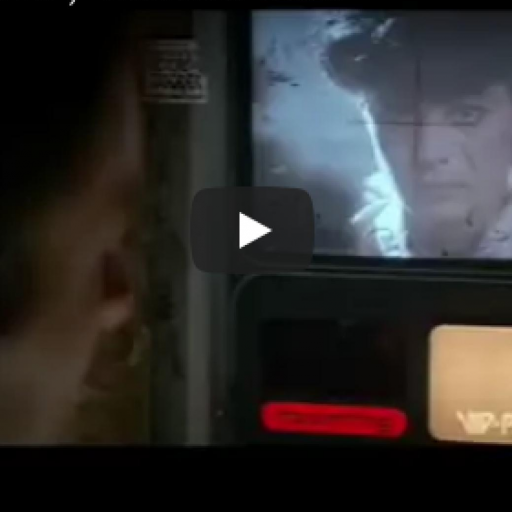 Do androids dream of electric sheep and do they age?

Harrison Ford has signed up to play a much older Rick Deckard in the sequel to my favorite film of all time Blade Runner.Not sure who will be doing the musical score for the film but I really do hope it’s Vangelis again, his work on the first one was incredible.For anyone who has never seen the original Blade Runner there is a clip to the original theatrical trailer below, if you have a spare couple of hours I would really recommend you viewing this movie.

Wow! ebay is not messing around anymore. Apparently an ebayer was inflating the prices of his items by bidding on them from a second account is now facing fines of £50,000.Check the link below for the full story.http://www.theguardian.com/technology/2010/apr/20/ebay-seller-convicted-auction-fixing 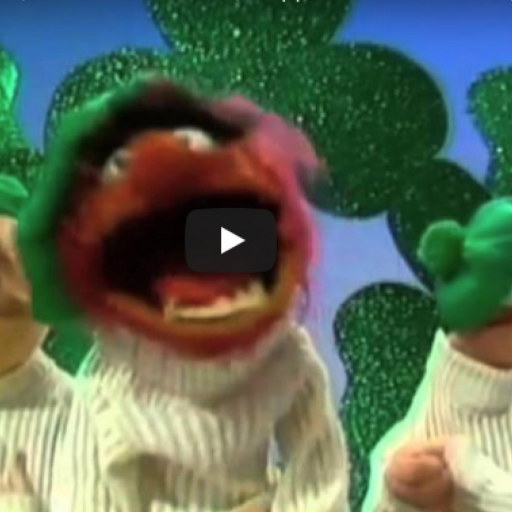 Woke up today with a seriously sore throat, thought I’d listen to some Beastie Boys to cheer me up then found this video of the Muppets version of “So wat’cha want”, what I want right now is not to have a sore throat. 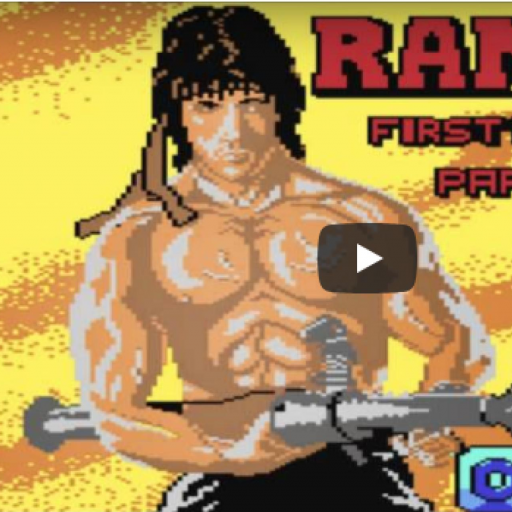 Hurry up and load!!

For everyone who complains there computer is slow you should take a look back to the Commodore 64 and Spectrum 48k era when you had to wait roughly 5 minutes for you game to start that was loaded from a cassette tape.The saving grace with the Commodore 64 was you usually had a great loading tune to listen to like this example from the Rambo film game and the music was done by the legendary Martin Galway.Oh, did I mention that usually the music was far better than the actual game itself. 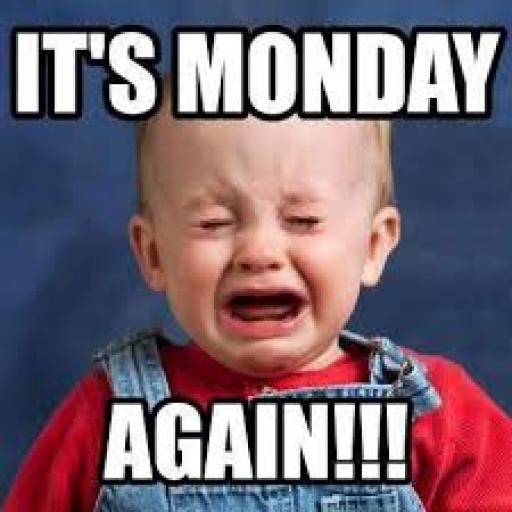 Well it’s here again the start of a new working week but at least I don’t feel as bad as this kid. 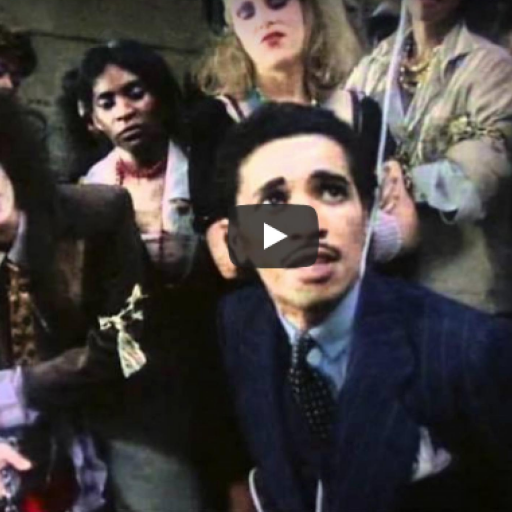 Never really listened to the lyrics of this song back in the 80’s but it just came on the radio and I never realized how harsh they are. Surely this is not what to say to a girl looking for her dad.Still, gotta love that suit and mustache though. Made a few changes here but at the moment just like The Specials song this blog “is coming like a ghost town”It’s one of my favorite songs so if you have never heard it which rock have you been living under for the past 30 years.

Hopefully will get this blog filled with a few interesting items over the next few weeks. I’m not an expert at this so please be patient with me, thanks.